Justin Pellicori, a senior at Hanover Central who plays baseball, knows firsthand the meaning of NVRQT.

For every dad who coaches their son in Little League, there’s a mom.

She cheers from right up against the fence, makes sure the juice boxes are ready and waits by the dugout for a hug after the game, win or lose. For Justin Pellicori, that was Linda Pellicori.

Justin grew up playing in St. John. He also played travel ball. Linda wasn’t a huge baseball buff, but it’s what her son did, so she embraced it.

“She loved to watch Justin play ball,” Joe Pellicori said. “She didn’t miss a game if she could make it. He was mama’s little boy.”

A 911 dispatcher when she and Joe, a firefighter, met, Linda began substitute teaching at Hanover Central when Justin got into school. The Pellicori house was where neighborhood kids congregated, an open door to come and talk to Linda if they didn’t have another outlet.

“They absolutely loved her,” Joe said. “A lot of it spoke to her personality. That’s how she was.”

In April 2014, Linda was diagnosed with stage three pancreatic cancer. The disease took her life June 7, 2016. She had just turned 50.

“She was a fighter,” Joe said. “Everybody we talked to, they said six months. She really fought hard.”

Justin had continued to play travel ball, but never tried out for the high school team. This season, at Joe’s urging, he did.

“Being a senior, it crossed my mind. It’s time to grow up, work, get prepared for life after high school,” Justin said. “My dad kept telling me how it was something she would have wanted me to do. I can work every year after this. There’s no baseball after this. I did this year for her.”

There were days when Justin wasn’t sure he did the right thing, but he’s glad he’s seen it through. A pitcher, he has made the most of his chances, throwing nine scoreless innings over three appearances, allowing no runs and four hits, garnering two wins.

“It’s something I wanted to do, like a last hurrah my senior year,” he said. “It’s been a worthwhile experience. The team definitely helps. It helped take the pressure off, gave me somewhere to be, an outlet. Before (baseball), I would always find something to do keep my mind off it. Her passing pushes me to do my best. I’m out there for her. It motivates me.”
Joe is thankful for how well Justin, an only child, has handled the loss of his mom.

“He has a thought process much older than kids his age,” he said. “If he wasn’t as mature as he was, there’d be no way. He could have taken a destructive route. He gives it everything he’s got. He always has.”

Wednesday’s game with Griffith was a special afternoon. Hanover’s Michael Biegel and his mom, Emilee, coordinated a pediatric fundraiser to be held in conjunction with the game. Michael raised money independently last year and got the OK from Wildcats coach Ryan Bridges to tie it to a game. The teams wore yellow jerseys, a symbol of childhood cancer awareness, to mark the occasion. Emilee contacted Jon Lester’s NVRQT Pediatric Cancer Research Foundation, and the Cubs pitcher responded by sending an autographed baseball, which was raffled.

“We plan on doing it yearly and are hoping it grows,” she said. 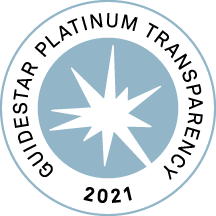