Article as it appeared in the lohud.com | The Journal News, Part of USA Today

They would run together and read together.

Fantasy stories were her favorites.

When she got older, Marisa Goldwasser told her dad, Dave, that after she graduated from Duke University they’d write a fantasy book together.

There are three fantasy books now with a fourth, non-fantasy in the works.

But Dave is the only author. He writes, just as he runs the annual Rockland Road Runners Turkey Trot, with a single-minded purpose: To raise money to help kids like his daughter.

Marisa Goldwasser, a 2001 Clarkstown North graduate who played soccer and lacrosse and ran for the Rams, never helped her dad write those books because she never lived long enough to graduate from Duke.

When she was 16 she was diagnosed with Hodgkin’s lymphoma, the most common cancer in people ages 15 to 30. After initial treatment, Marisa’s “cancer was quiet,” her dad said.

But the disease returned and, as is typically the case with Hodgkin’s, the second time around it was a much nastier foe.

In 2003, Marisa, who did get to Duke for a little while, died of complications from her treatments. She was 20 years old.

This was only 18 months after her mother – Dave’s wife – also died.

That would drain all the fight out of most people. Instead, it has fueled Dave’s.

In 2005, he started The Marisa Fund, a response, he said, to the many people who loved his daughter and wanted to do something to honor her.

His initial dream was to raise $1 million to cure pediatric cancer.

But he also set the more obtainable goal of providing thousands of dollars to find new, effective treatments for pediatric cancer that are less harmful to patients.

He has accomplished that and much more.

The Marisa Fund, whose money-raising through racing began with a 23-person field for a two-mile Rockland Road Runners race in South Nyack, raised $85,000 in 2016.

The most was through the Turkey Trot Goldwasser and his daughter used to run and which drew about 3,500 runners this time with countless “good-hearted” club members helping out.

Almost every cent will go directly toward the pediatric cancer fight and toward making the lives of ill kids and their families better.

Cairo figures the non-profit charity has contributed between $600,000 and $700,000 to developing new treatments.

“Without it, many lives might not have been saved,” he said.

This all started, of course, with one young athlete losing her battle – a kid Cairo recalls for her “courage, maturity, incredible intelligence and the way she made people feel at ease.”

“You couldn’t help but admire her resilience,” he said.

Resiliency is also something required of patients’ families. In many cases, their “financial strain is off the charts,” stress is high and, in turn, so are divorce rates, Goldwasser said.

And so the fund helps out, sometimes helping pay property tax bills or electric bills or funding car service to and from the hospital.

It has also paid for getting young Fareri cancer patients to places like Boston’s Fenway Park to meet pitcher Jon Lester, a cancer survivor.

“If we help one kid or 1,000 kids, it doesn’t matter,” said Goldwasser, a retired nurse and teacher, who now lives in Haverstraw.

Of course, an exact number will never be known but it’s clearly more like thousands.

Goldwasser has seen survival rates significantly rise but also said some kids later develop other types of cancer as adults.

And so his work will continue until, he hopes, one day it can end.

Noting, as Turkey Trot organizer, he hasn’t done the race in many years, he said, “I hope someday cancer will be cured and I can just run.” 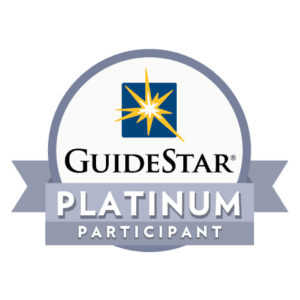